It’s not too late to donate to our Walk, Paddle, and Roll Fundraising Campaign. Through September, Freshwater Future staff and board have been raising awareness and funds by walking, paddling, biking, swimming, and other activities around the Great Lakes. We need YOUR support to reach our campaign goal of $10,000 to help make sure that community groups across the Great Lakes have the tools and resources they need to help make their water sources safer and cleaner. Click here to donate today!

Benton Harbor, MI is finally receiving attention after three years of inaction on the high lead levels in the city’s drinking water. Last week, Freshwater Future was among a large contingency of organizations that filed an emergency petition with the U.S. Environmental Protection Agency (USEPA) on behalf of Benton Harbor residents to provide immediate alternate safe drinking water sources, better education and outreach efforts to city residents, and ensure actions are taken to address corrosion of the pipes. While Gov. Whitmer’s recent announcement of $20 million to replace lead lines in Benton Harbor is a good solution in the long-term; the five-year timeline doesn’t address immediate concerns as the city continues to test high for lead in drinking water.

Mayor Lightfoot of Chicago, admired for her strong position on water security and safety, is sliding behind her lead line replacement goal of 650 for 2021, only replacing 3 lead lines thus far. Chicago’s estimated cost per lead line replacement far exceeds other cities at $27,000, while Denver’s totaled $10,000 and Detroit’s has been $5,000. The city has stated that it will hire outside contractors to speed up the replacement, but protecting public health, especially our youth from lead exposure, deserves action sooner rather than later. 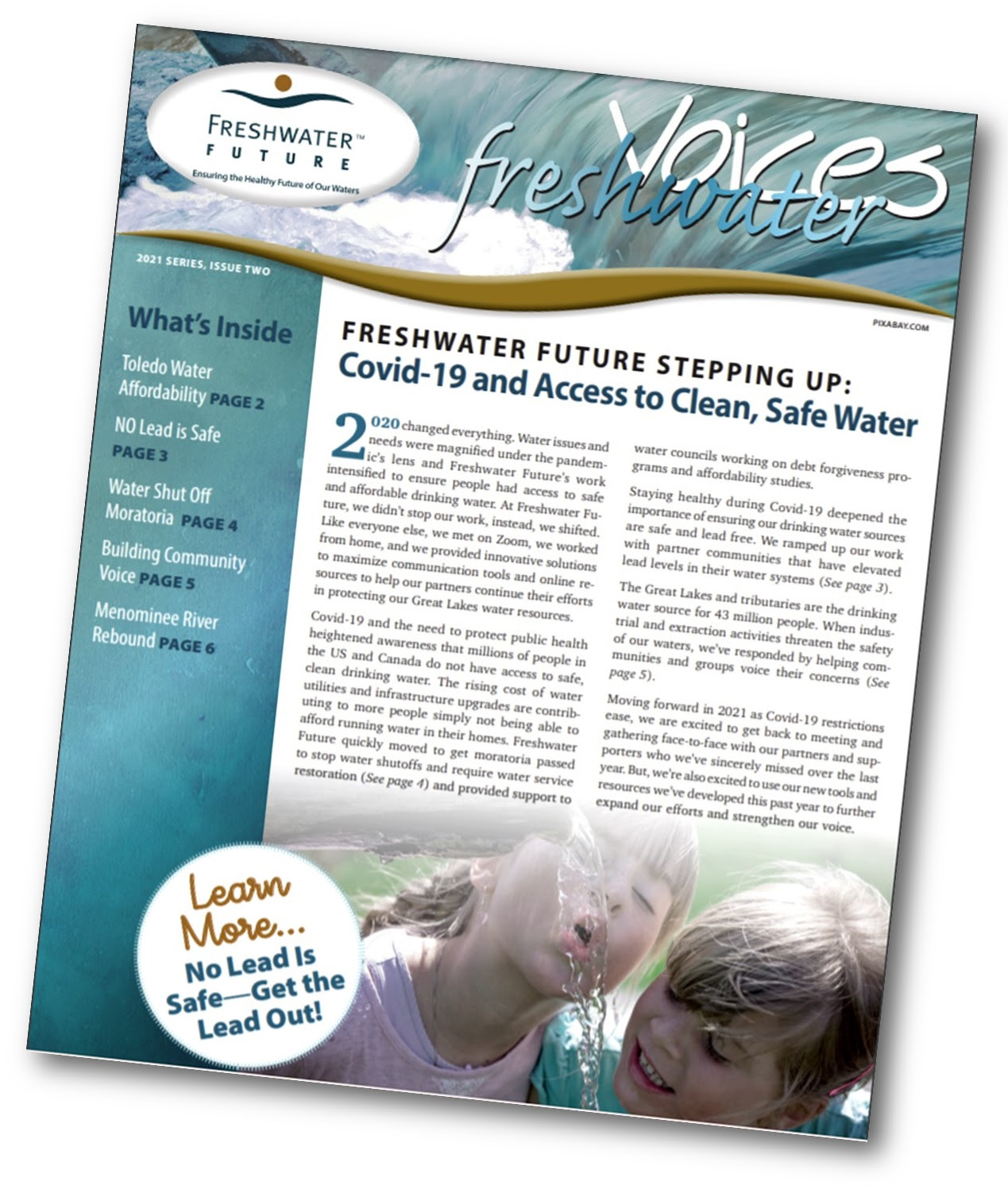 The most recent issue of our Freshwater Voices Newsletter is now available online. Click here to access a full pdf version of Voices highlighting people and projects making an impact around the Great Lakes Region. If you would like a print version of the newsletter mailed to you, just send a request to leslie@freshwaterfuture.org.